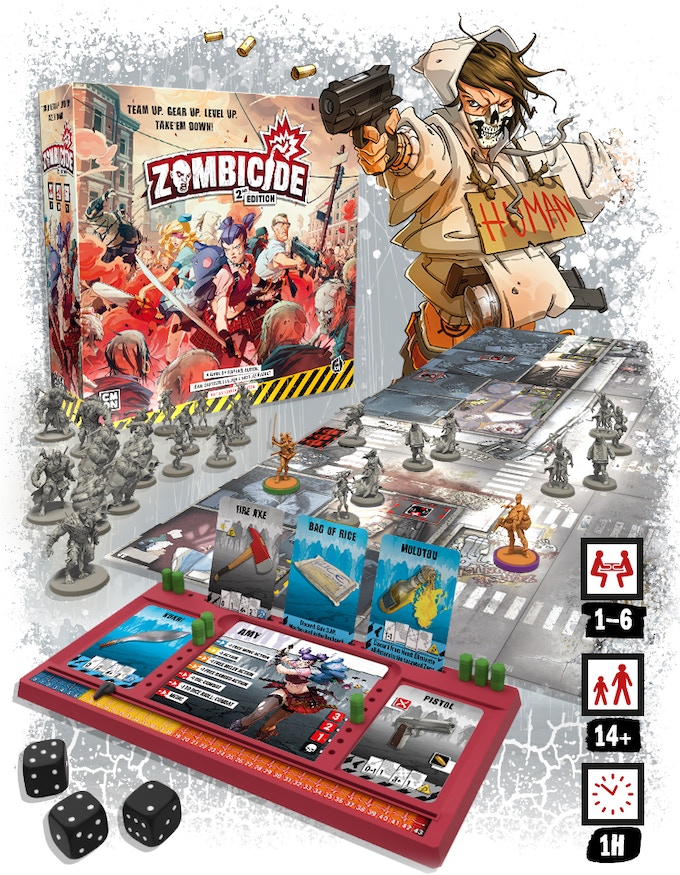 An Update to the Classic Zombie-Slaying Game

Nobody quite knows where it started, but the dead have started walking again, and they’re hungry… for human flesh. Society has collapsed and only a few Survivors remain. They’ve banded together, looking for shelter and gear. But they’re not content to just hide away, oh no, they’re ready for full on Zombicide.

In Zombicide 2nd Edition, players take on the role of Survivors of the zombie apocalypse. Working together, they must make their way through the various missions. In each one, they must complete objectives and, of course, kill zombies. With each kill, their Adrenaline Points rise. They’ll get stronger, but the zombies will be drawn to their actions, coming in greater and greater numbers. Will the Survivors remain alive, or as some zombie’s lunch? 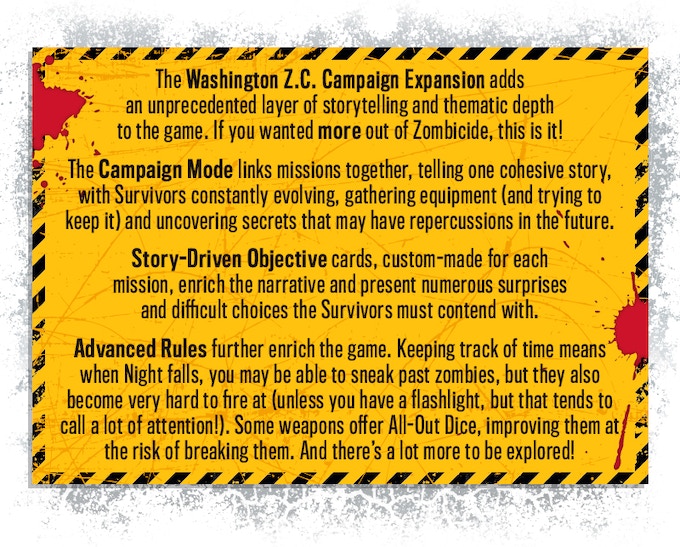 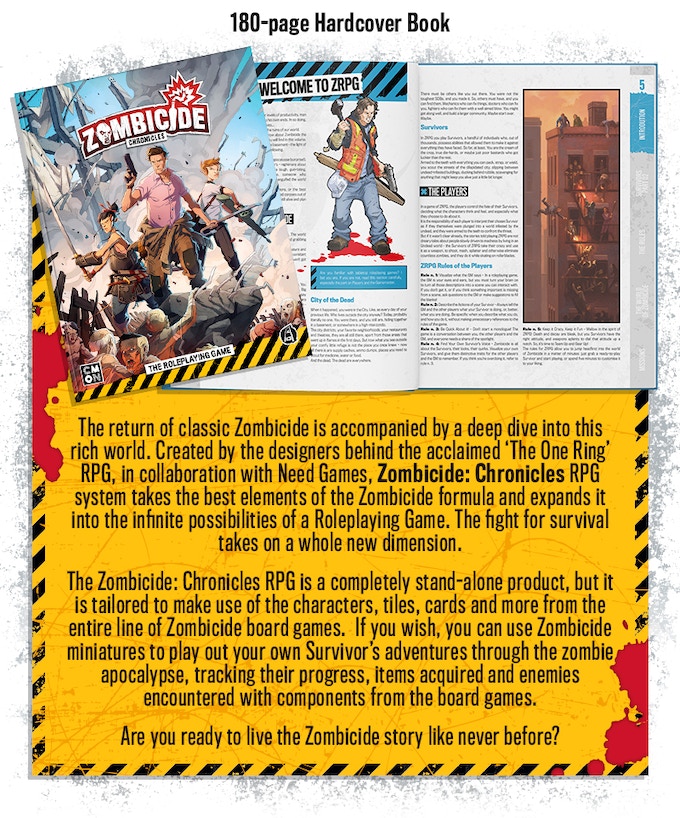