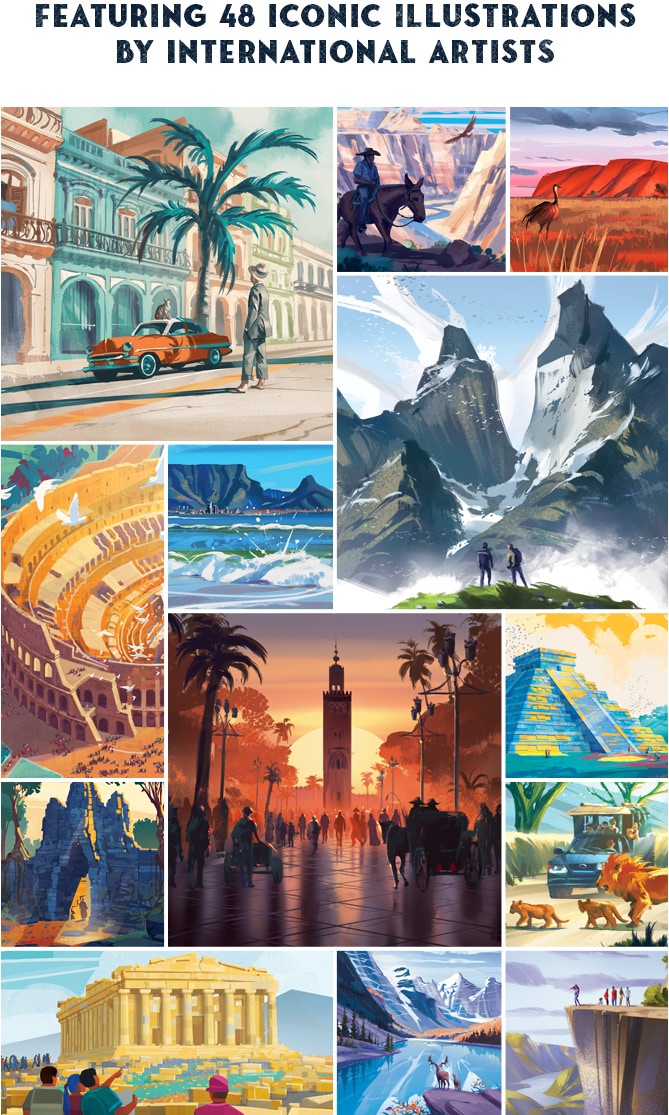 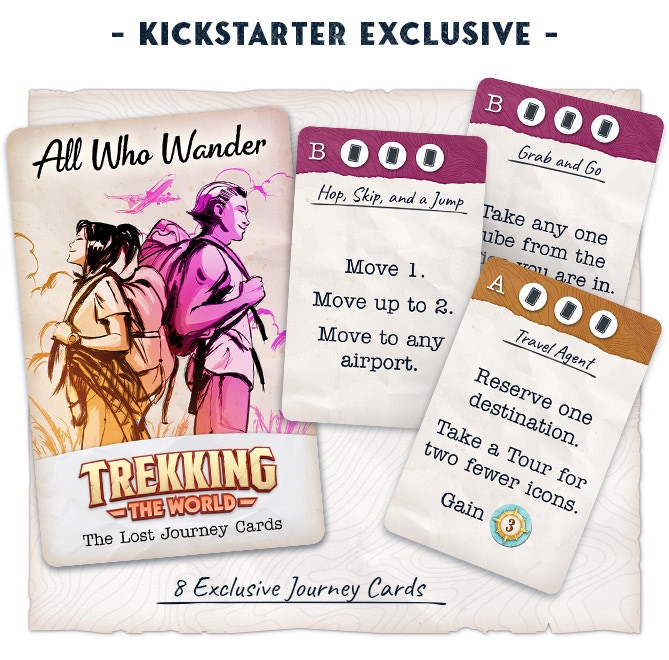 The All Who Wander Journey Card Pack enriches the game and complicates its strategy. We tested and refined these cards as much as we did the other game elements, but chose not to include them in wide release. They're exclusive for Kickstarter backers because we know you enjoy the added complexity (and not everyone does). They're our way of expressing our gratitude for your support.

Trekking the World is a route management game where you travel the globe to fantastic destinations, collect souvenirs, and race to become the most seasoned traveler. 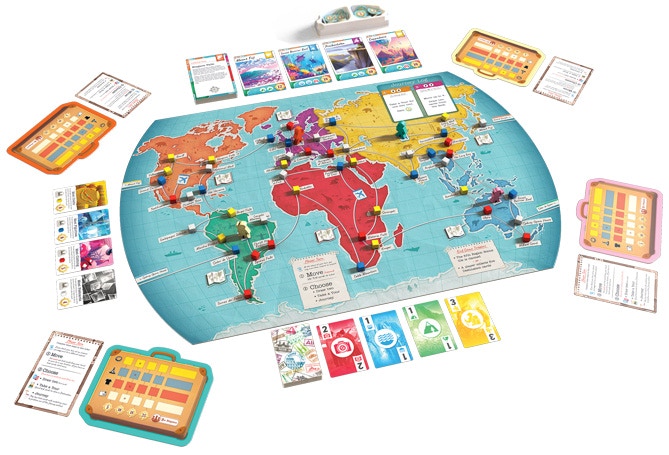 Along the way, you score points in a variety of ways such as by collecting special souvenir sets or traveling to locations indicated on the oversized Destination cards. 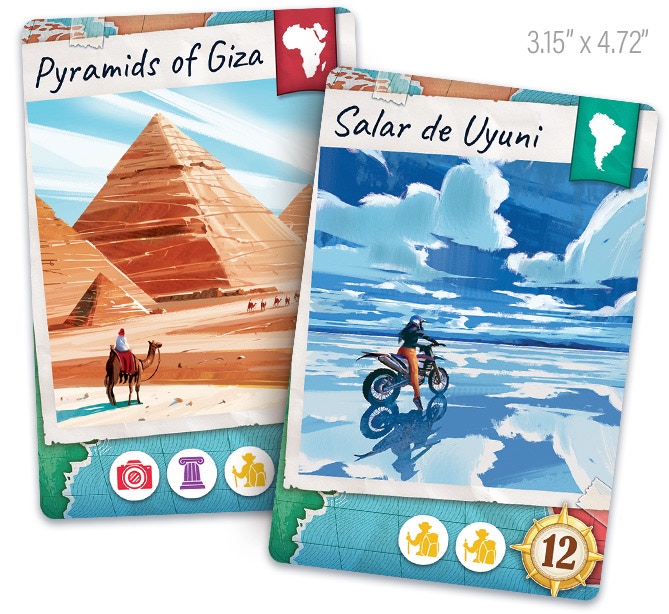 Each Destination card illustrates a real location on one side and tells you about that location on the other. Playtesters have told us they've planned trips based on these cards. 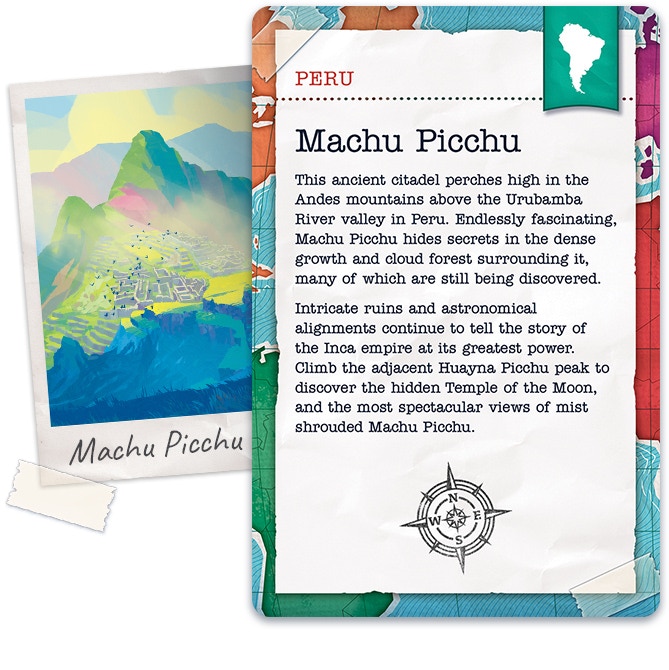 There's a variable setup. Each game, you set out two randomly chosen "Journey Cards" which alter the rules in different ways. They ensure every game is different. 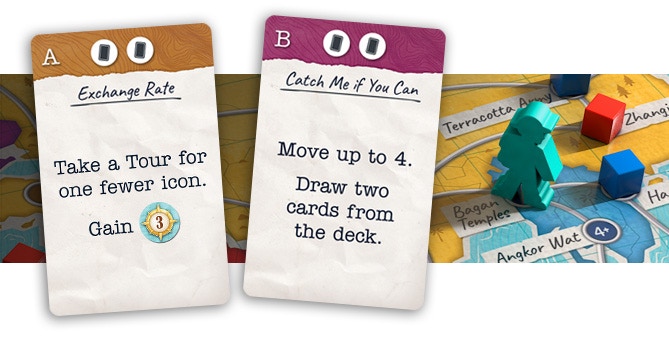 Our goal is to make games that spend more time on tables than shelves. No big rulebooks, no long setups, no hoping you might someday play that game you bought if only you could find new friends and ten more hours per week.

18 months ago, we published our first game with this philosophy, Trekking the National Parks, which has since sold more than 80,000 copies. 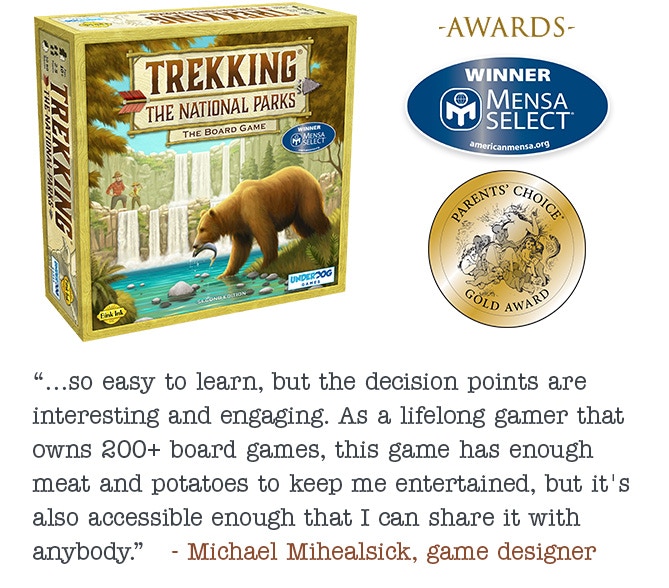 Trekking the World is a sequel, but not a re-skin. Charlie Bink, the designer of both games, studied what folks liked and disliked about Trekking the National Parks, then created a new system about world travel based on what he learned, to amplify the good and avoid the bad.

In fact, Charlie has been developing and refining his travel game system for 6 years now. When you play Trekking the World, we think you'll agree it shows.

See Never Board Gaming's video in the Game Preview section below for more about the differences between Trekking the World and Trekking the National Parks.

Man vs Meeple are master game teachers. Watch their preview video for a comprehensive look at how to play Trekking the World.

Note: This is Trekking the World + Exclusive Card Pack Pledge with all stretch goals.