The Age of Atlantis (Kickstarter)

Share on Facebook Tweet on Twitter Share on Google+ Pin on Pinterest
For hundreds of years, the city of Atlantis was a self-sustained, booming civilization in the middle of the ocean. According to actual Plato writings, Atlanteans had discovered a new powerful element called Orichelum within their city. Orichelum advanced their technology faster than any civilization the world had ever seen. The Atlanteans were able to create and power giant machines called Myths to defend the city from relentless attacks from the outside world trying to take their precious Orichelum.
The Age of Atlantis is a highly competitive, engine-building, civilization-like game. You and your friends are each an asymmetric noble house trying to become the most politically powerful. You’ll grow your house’s population, discover new technologies and cultures, and defend your city. All while trying to keep Poseidon, the God watching over the city, from flooding the city. The noble house that has the most political power at the end of the game will be the winner and rule the city. 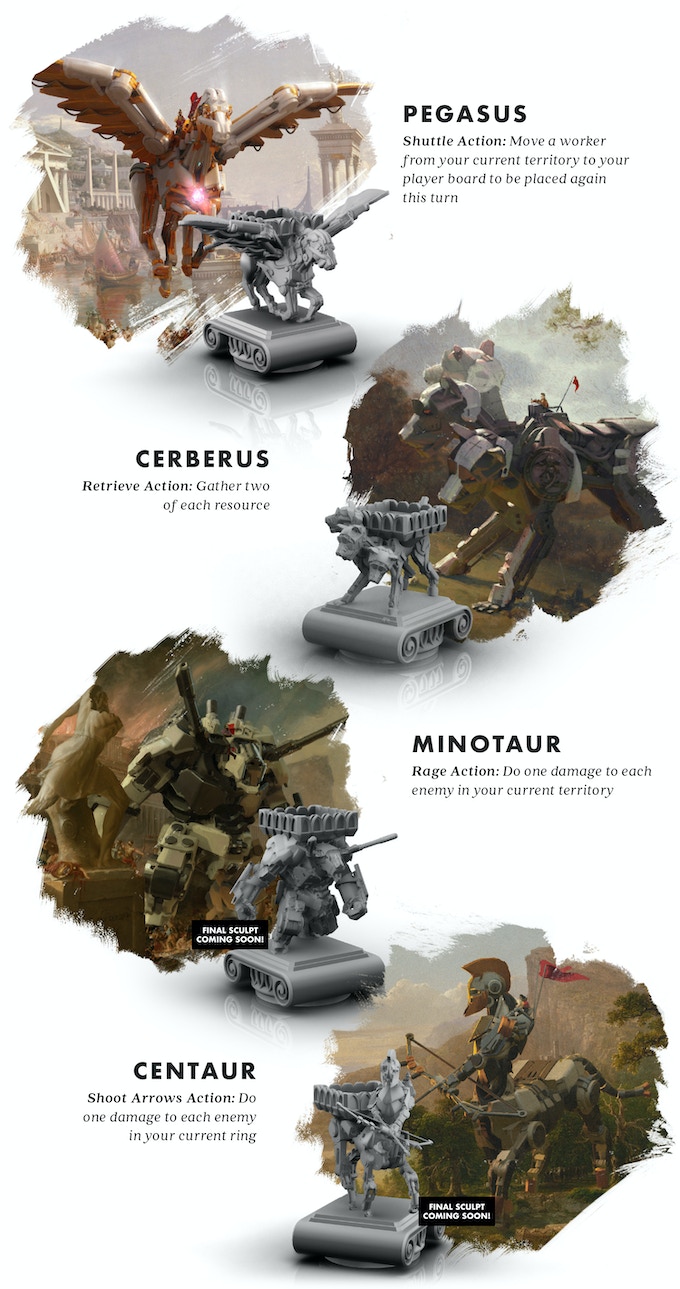 Note: This is The CEO Pledge with all stretch goals.