Struggle of Empires is set in the eighteenth century: an age of discovery and sail, a period of colonization and the beginnings of industrialization, and thus a time of almost constant warfare in Europe and its far-flung colonies.

You will take on the leadership of one of the seven major European powers of law and directing your military, economic and political development to compete with your rival major powers. You want forge alliances, build armies and fleets, establish colonies, improve your economy, dare, and manage unrest among your citizenry.

You want to decide whether to expand in Europe or take control of colonies in the Americas, Africa, and the Far East. In the upcoming Struggle of Empires!

The game consists of three major Wars each lasting 5 or 6 rounds of play depending on the number of players. Each War begins with the formation of two grand alliances of the major powers and represents a period of approximately two decades.

In each round of play, you want to perform two actions, and if available, any number of free actions. At the end of each war, you will score points based on the relative number of each major power's control markers in each of 11 countries in Europe and the colonies. Although military units can not be used to control or defend control markers. Your challenge wants to balance your military and economic needs.

Players may take advantage of various tiles and tokens - including local alliances, trade, special abilities, improvements, military tactics, and covert operations - that grant economic, military, and political benefits. It is difficult to win without these.

Gold is essential throughout the game. Although gold is always available through taxation, it comes at the cost of increasing among the citizenry of your nation. Extensive unrest due to over taxation can lead to negative consequences, including the total collapse of your nation!

The era depicted in the Struggle of Empires What is known as the Barbarous Transatlantic Slave Trade was promulgated as the Gold Coast in Western Africa. It has been called one of the greatest tragedies in the history of humanity in terms of scale and duration; and, often regarded as the first known instance of globalization. In the game, this system is referred to as Gold Coast Commerce.

Read more about it in this blog post on BoardGameGeek.com. 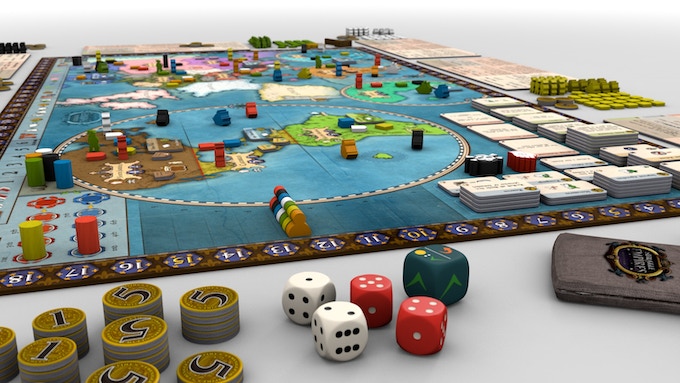 As a highly regarded strategy game, Struggle of Empires has long been a candidate for a deluxe edition - and Eagle-Gryphon Games is known for its expertise in creating deluxe quality game editions. We have created new art, a large and re-imagined game board, high quality cardboard components, new wooden components, and a larger box with a complete storage solution. Most importantly, we have developed an updated rule book! 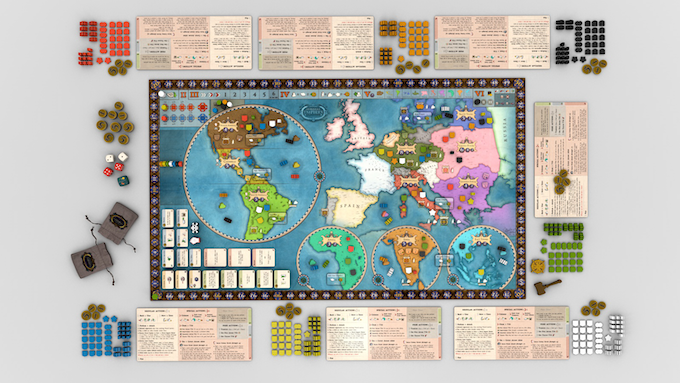 The updated rule book clarifies the original rules and examples. It also provides a wealth of variant rules. We are pleased to include 2 new variants by Martin Wallace. Other variants are based on designer and fan suggestions. Some address issues of “balance” and “luck” in the game and others provide new ideas for setup. We have reviewed the many discussions, comments, and files on BoardGameGeek.com - including discussions and comments by Martin Wallace and members of the Warfrog team who originally produced this excellent game. We then developed and curated these variants and have included them so that players may choose those that best enable their own personal play preferences.

Eagle-Gryphon Games has had a long history with Martin Wallace's Struggle of Empires. It has done well over the years, and is highly rated on BoardGameGeek.com. With the work that we have done on deluxe editions for Vital Lacerda and Glenn Drover, and the entire Railways of the World series, it was time to show some love to this excellent Martin Wallace game. 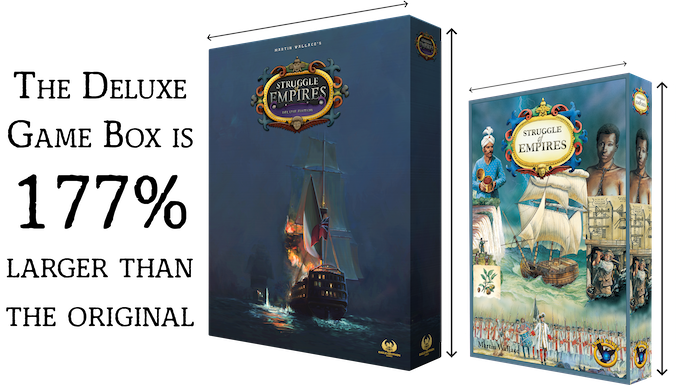 Most of the 1.5mm cardboard tokens from Struggle of Empires have been upgraded to wooden components in this deluxe edition! Those that weren't are now much thicker 2.5mm punchboard. Additionally, the game will include a deluxe insert to hold the very large amount of components.

In the past few weeks, before the Kickstarter launch, we created some Journal Entries on BoardGameGeek. We have linked them below in the Development Journals section. After each link, I have summarized some of the important elements in those Journals along with some updated art. Note: Artwork is not final. 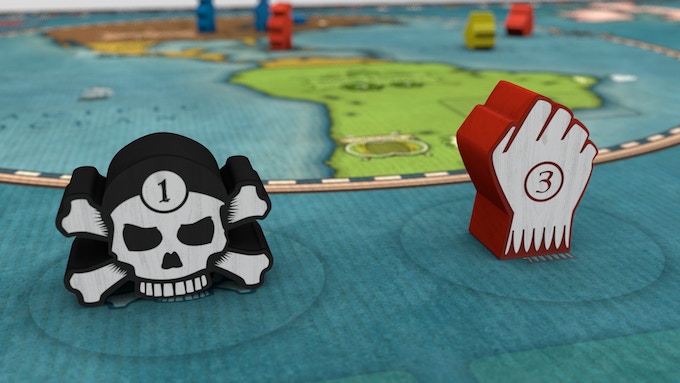 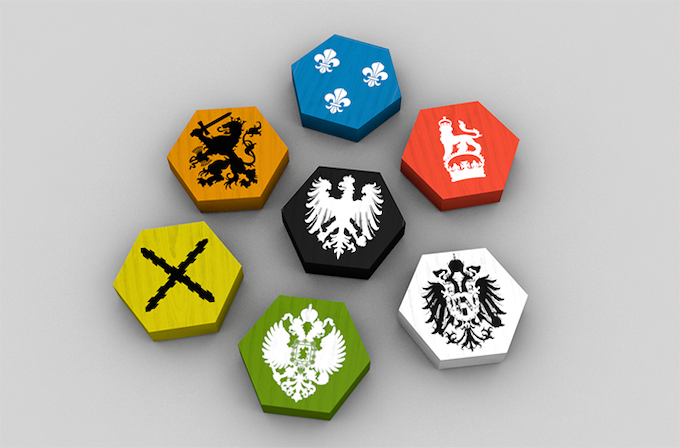 I am very pleased to present a gift to all our Kickstarter Backers of Struggle of Empires Deluxe Edition. Consider this a Final Stretch Goal if you like, but this one does not depend on the number of Backers or the total funds pledged. We will be silk-screening the Victory Point Markers for each player in the same manner as the Control Markers.  Both will lie on the board on one side, so therefore the silk-screening will be on just one side as well.  Please take a look at the graphic below to see what they will look like. Every copy of the KS Edition of this game will include these silk-screened VP Markers.

Thanks to all of our Backers for their great support of this Kickstarter campaign.

Note: This is Struggle of Empires Deluxe Edition Pledge with all stretch goals.