Based on the universe of the Northgard videogame, Northgard: Uncharted Landsis a game of exploration, exploitation, expansion and extermination set in the age of Vikings.

The game focuses on streamlined rules and gameplay, allowing for a fast-paced and smooth rhythm of play. Each turn, two to five players at the head of their viking clans will alternate their actions, adapting their strategies to their opponents' moves and the expansion of the board.

In Northgard: Uncharted Lands, you will have to build and manage your deck of cards wisely, optimizing the actions you have in hand in order to strengthen your influence on the board.

Interaction between players is intensified by  a “sudden death” victory condition — through conquest or intensive development — that can crush your rivals’ hopes to harvest the most Fame in the standard game duration (7 turns). Choose your path to victory! 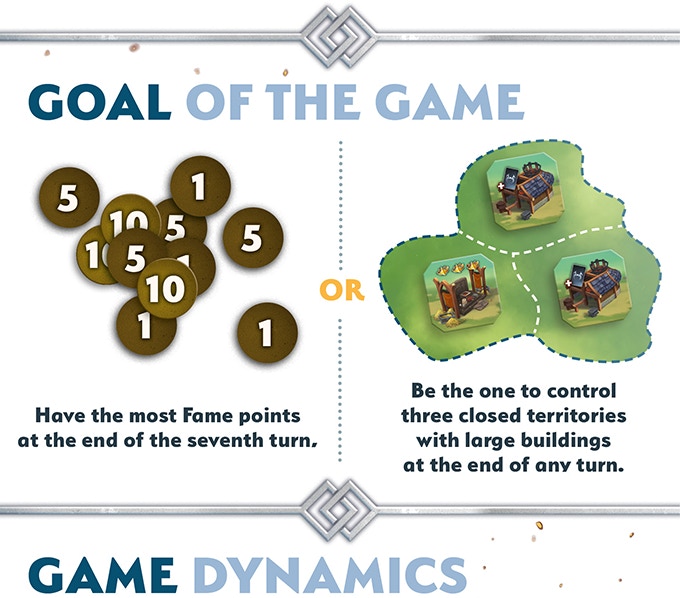 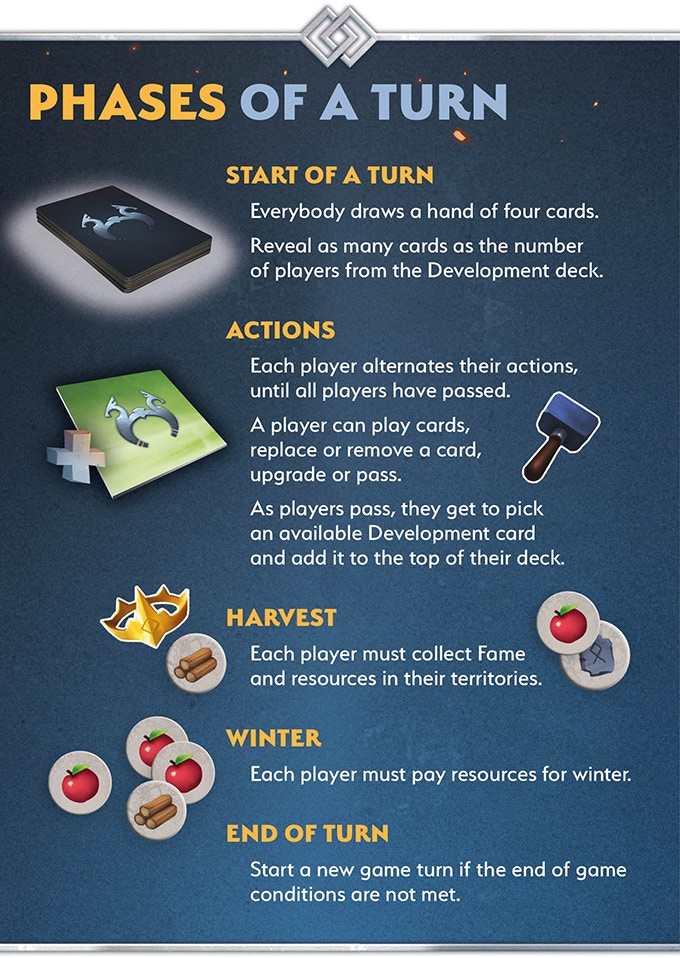 Your Clan will grant you a special power and unique clan cards to create and upgrade your deck. The Warchief expansion also brings you a dedicated warchief, coming both with a permanent power and a new card to add to your upgrades. 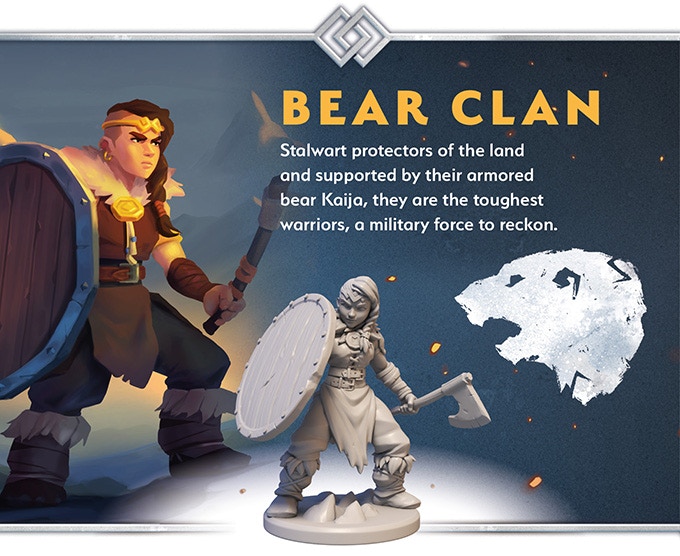 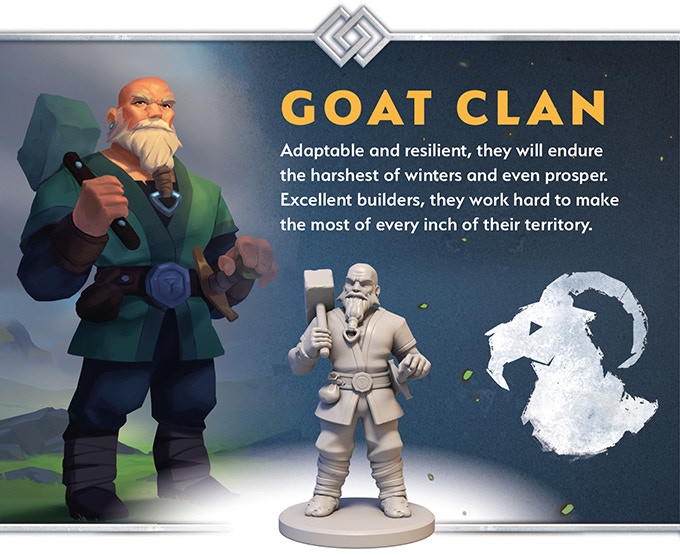 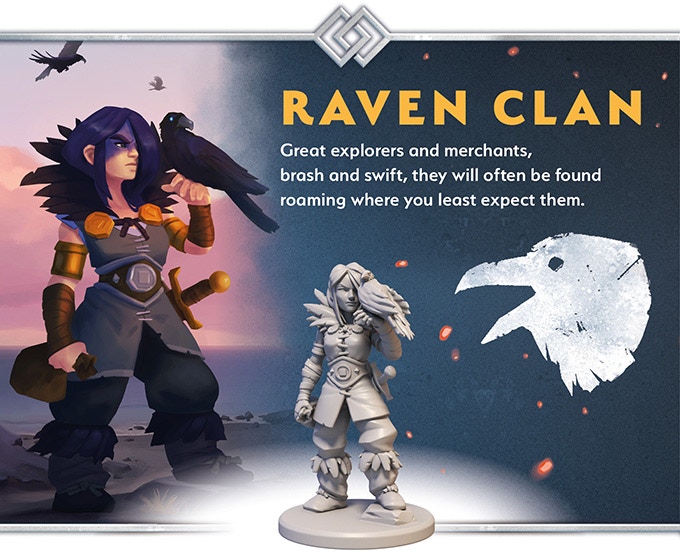 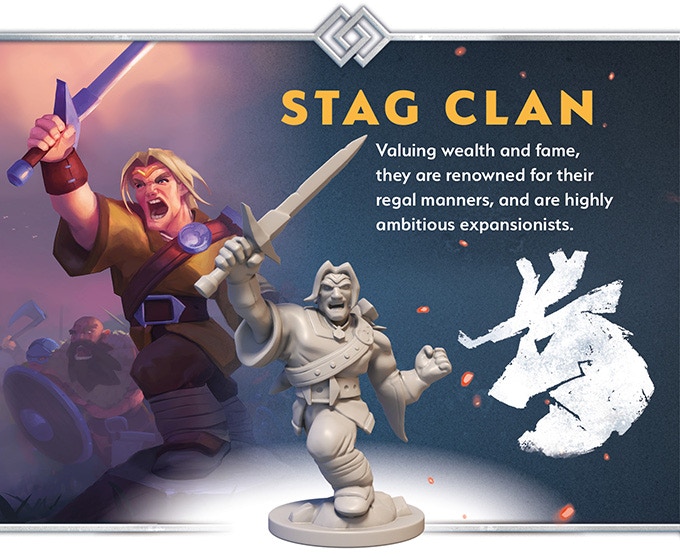 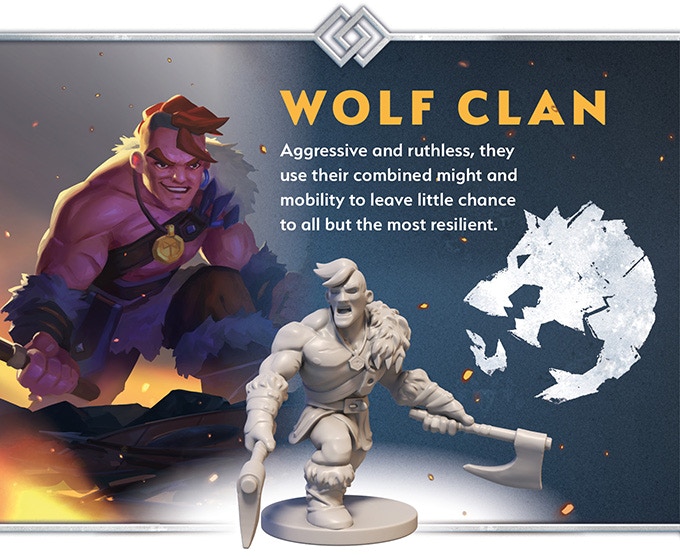 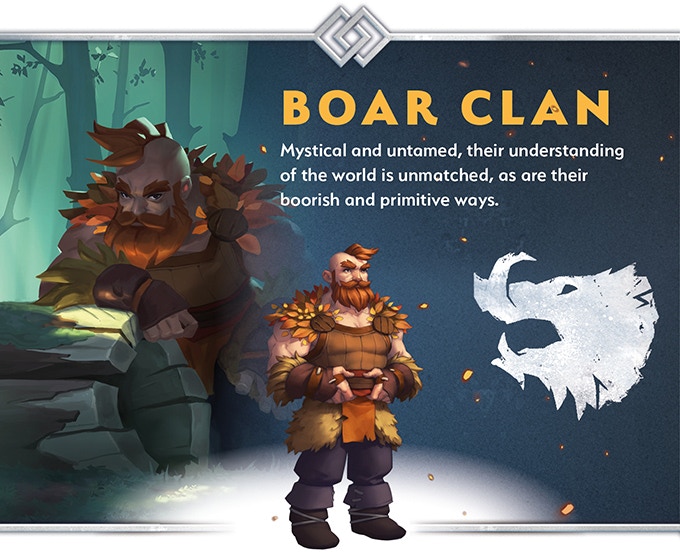 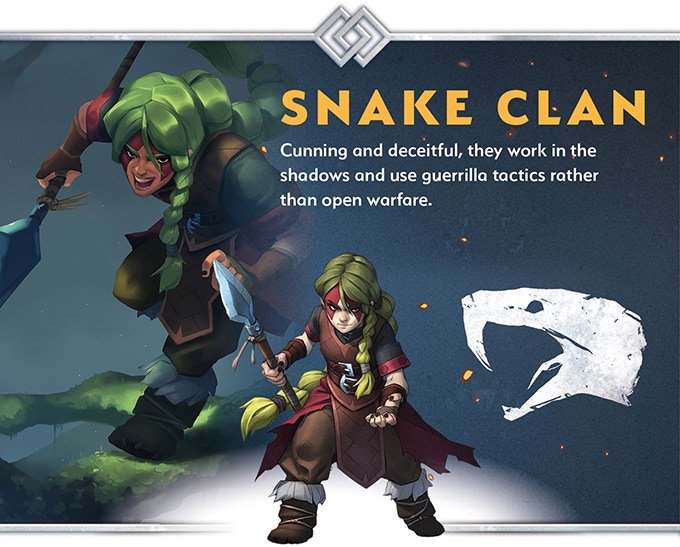 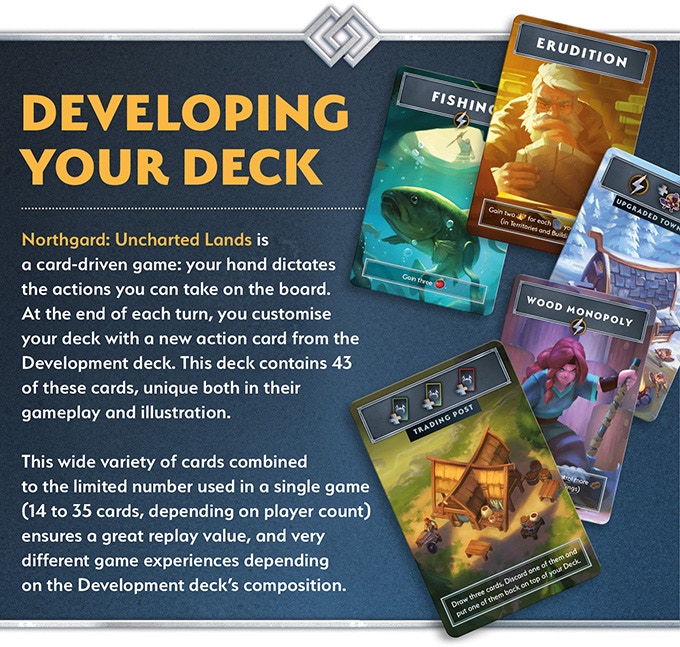