God Hates Charades is a pop culture, acting, guessing, comedy game that is the weirdest, wildest, dirtiest, best time you've ever had with your friends.

God Hates Charades is an awesome party game that will have you and your friends acting like "God auditioning for the role of a dead body on Law And Order","Bill Cosby eating shrooms", or maybe "Jeff Goldblume complaining that MTV doesn't play music videos."

It's so simple, even you, can learn to play in 46 seconds.

The game comes with two decks of cards, the actor cards and the scenario cards. 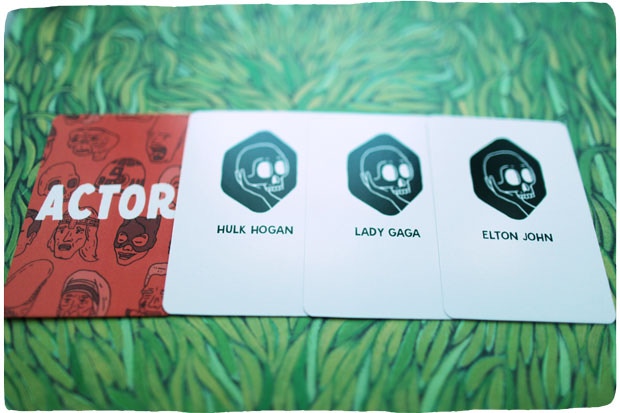 The actor cards feature both fictional and real characters from pop culture. 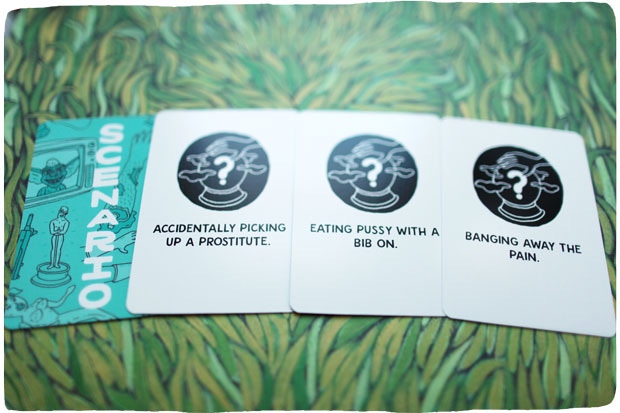 While the scenario cards are absurd events, situations, or actions.

Pairing the two cards together makes a scene. As a player your job is to act out scenes and guess other players scenes.