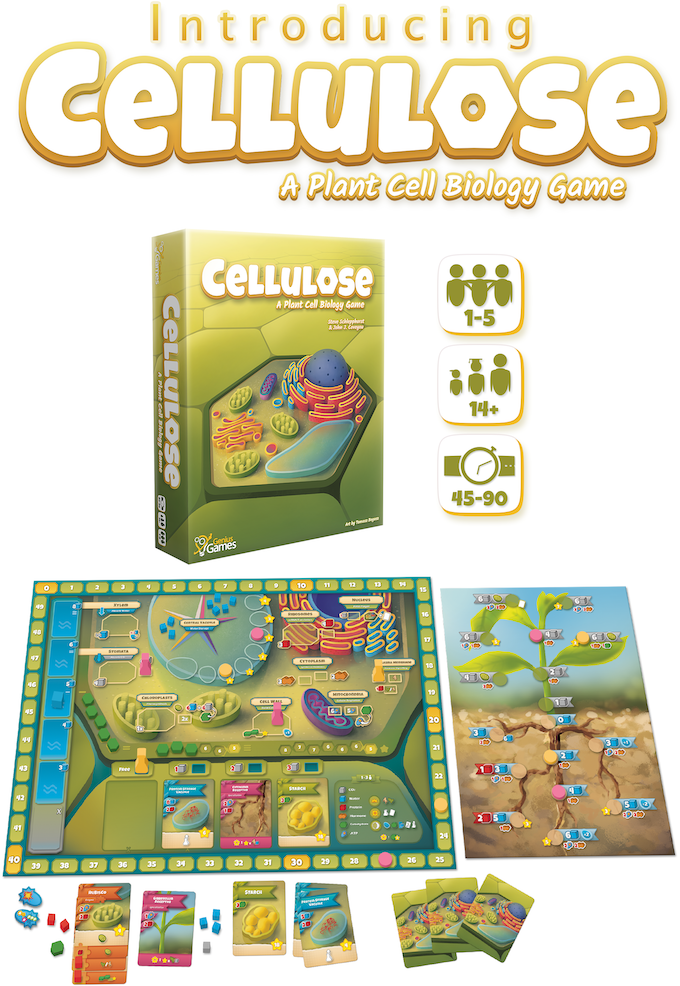 Cellulose: A Plant Cell Biology Game is a worker placement game that puts 1-5 players inside a plant cell, where they will compete over limited resources in order to undergo photosynthesis, produce carbohydrates, and build the cell wall to score points. With everyone vying for the same actions, players must time their use of proteins, hormones, and cell component cards in order to diversify their strategies and outplay the competition!

Cellulose is the sequel and counterpart to our 2017 release Cytosis (BGG). The two games have complementary themes and some familiar game systems, but Cellulose is a new standalone game that gives players greater control over available resources, strategic paths, and even the game length.

In Cellulose, players compete over limited resources as they take advantage of powerful point-scoring combinations. They will race to build the cell wall, use hormones to signal plant growth for a steady source of water and CO2, and compete to contribute the most water to the cell’s central vacuole. Once the cell wall is completely built, the game ends!

Each round of Cellulose is one day played over three phases: Sunrise, Daytime, and Evening.

In the Sunrise Phase, players collect resources and take bonus actions according to their markers on the plant board. Throughout the game, players will have the chance to use hormone signaling to advance along these tracks, earning additional benefits. 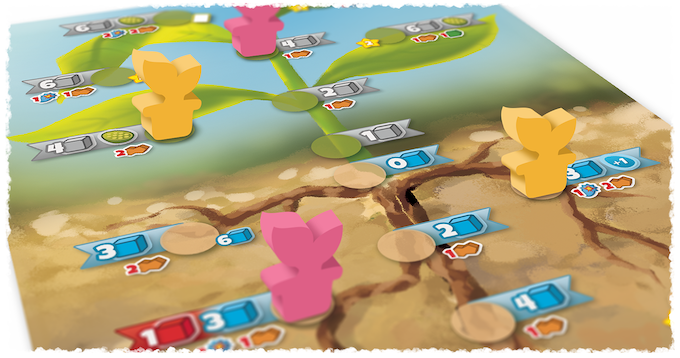 During the Daytime Phase, players take turns claiming the limited action spaces on the cell board in order to collect much-needed water and CO2, undergo photosynthesis in order to produce carbohydrates, and place carbohydrates into the cell wall, in cellulose form, to score points. 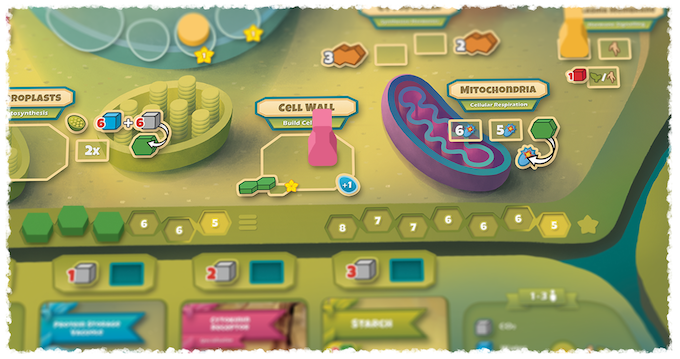 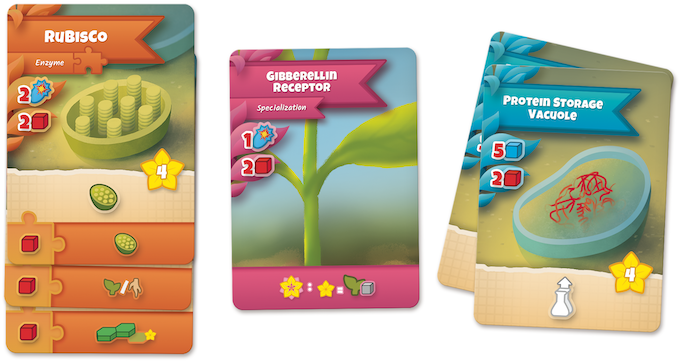 In the Evening, players recover their action markers, refresh the board, and build the next space on the cell wall.  Whoever has contributed the most water to the central vacuolewill earn points and is given an additional action marker, which they can use in the following round. 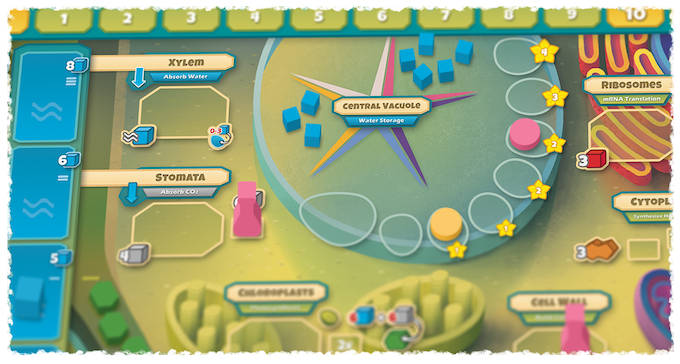 Check out the draft rulebook for more gameplay information, or you can try Cellulose now on Tabletop Simulator

Genius Games creates games with compelling strategic gameplay and accurate science. We began designing Cellulose with careful research and modeling the major functions and tensions of plant cells: the scarcity trade-off of absorbing CO2 and losing water, the ability of plants to create their own food, and the growth cycles of a maturing plant. 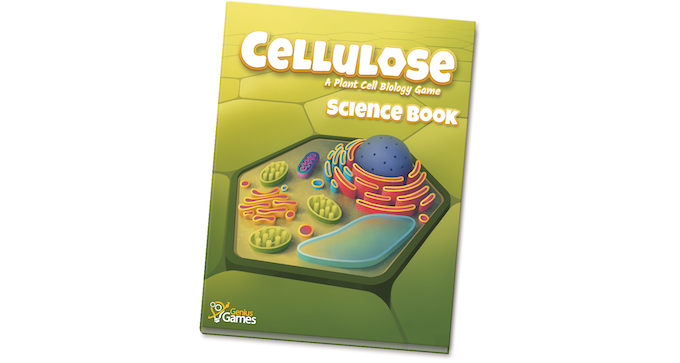 Cellulose will include a "Science Behind Cellulose" booklet that describes key aspects of plant cell behavior and its relationship to Cellulose. You don't have to know any biology to play, but if you enjoy the game, we think you might enjoy the science as much as we have!